By Kimberly Kaufman - November 26, 2014
Kimberly Writes: We rose before the sun this morning and passed through the camp gate just after 4:30 AM. Once out of the camp, a wonderful mix of paved and dirt roads took us 2 1/2 hours north to the Pafuri Picnic Area, widely considered one of the best areas for birding in all of Kruger NP.

For a day focused mostly on birds, it started out on a high note when we encountered five Southern Ground-Hornbills.

One of my favorite birds of the whole trip, the Southern Ground-Hornbill!

Southern Ground-Hornbills are the largest of Hornbill species. They spend most of their time walking slowly along the ground, searching for food. They're considered carnivorous, feeding mainly on small animals and insects.

Roughly the size of a turkey, they are the largest of all hornbills. Southern Ground-Hornbills are very social, and are usually seen in pairs of family groups. They spend the majority of their time on the ground, taking to the trees only at night to roost. An endangered species, they are seldom seen outside conservation areas. They are also a bird of great superstition in African culture. They have a deep booming voice, and Kenn and I were close enough to these birds to hear them!

Guess what?!?! It's ANOTHER starling, darlings! While certainly not as flashy as the Violet-backed Starling, this Meve's Starling is a handsome bird in its own right.

"Harrier" is a poor choice of name for this bird, as they are unrelated to harriers, and very different behaviorally, as well. These large,broad-winged hawks have long slender legs that can bend backward and sideways at the tarsal joint, allowing them to stick their feet into holes and crevices in rocks and trees to pull out prey,including bats, lizards, and birds. Sexes are alike in plumage, but young birds are brown. Check out the next two photos to see a young bird in action!

This young Harrier Hawk was clinging to the bottom of a palm frond, flapping its wings and clamoring about in this precarious position. It was clearly on a raid, and we soon learned what it was going for!

As we watched, the bird wriggled its way up into the palm frond...
and out burst a whole bunch of bats! We didn't see the bird actually catch a bat,
but it was so interesting to watch this bird in action!

We had fabulous looks at this very dapper Red-chested Cuckoo. 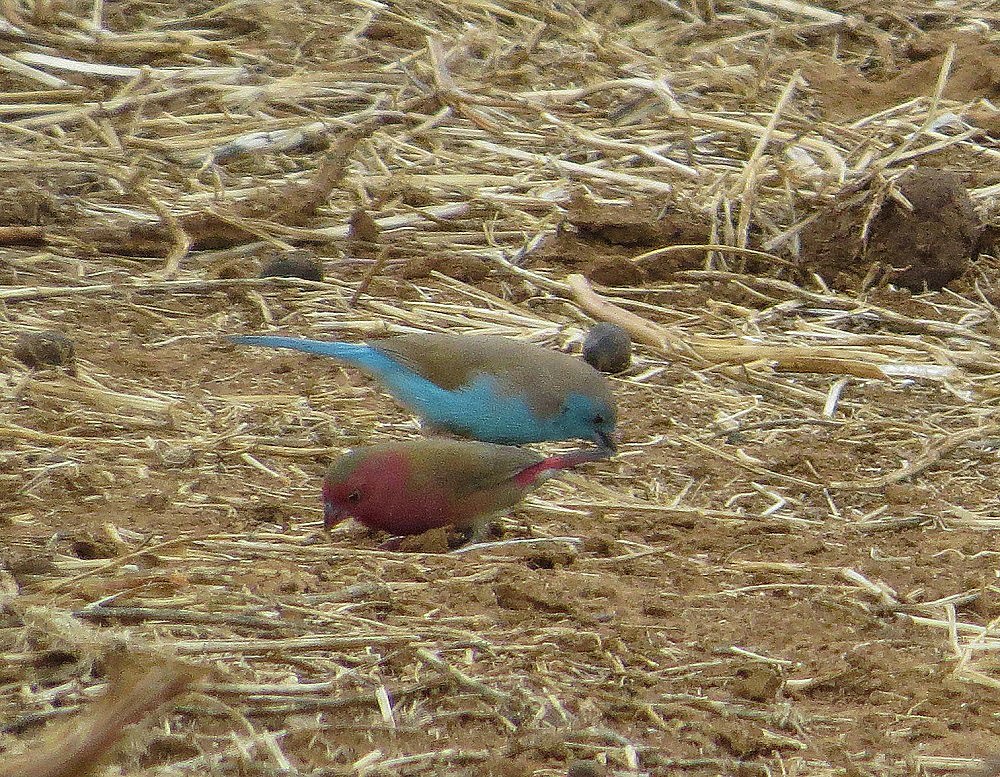 
together in the same photo. Granted, it isn't a great photo. But still...


In the northern part of Kruger, there are trees that challenge the limits of our imagination. When you see a Baobab tree for the first time, it stops you dead in your tracks with your mouth hanging open. When I saw one for the first time, my first thought was, "The Mother Tree," and I had to go and put my hands on it.

And they're more than just beautifully big. The leaves, flowers, and fruit are browsed by many animals. The roots are tapped for water, the young roots and leaves are eaten by people, and the seeds are used as a coffee substitute. Elephants strip the bark for moisture (and if you look close, you'll see that the base of this tree has some serious elephant damage, as did nearly every Baobab we saw today). Fiber from the bark is used for making rope, nets, baskets, and clothing. And the bark is used in traditional medicine.

The lovely butterfly-shaped leaf of the Mopane tree!


This area of Kruger NP has vast Mopane woodlands. The Mopane tree (pronounced "Mo-Pah-Nee:), is important to the local people, and for the wildlife.

We've seen hundreds of zebras now, but this little foal, resting in the shade of its mama, was the tiniest and the sweetest of them all! It was so cute that I could hardly stand it!

Have you ever seen anything so doggone adorable?!?!

After dinner, we were walking back to our cottage when we heard some sort of screaming/caterwauling coming from the trees nearby. A quick scan with the flashlight revealed a Galago, also known as a Bushbaby!