By Kimberly Kaufman - November 21, 2014
Kimberly Writes: Our first full day at Satara Camp was fantastic! We had many new and exciting birds and mammals including a Black-backed Jackal, a family of Banded Mongoose, a Kori Bustard (which was just so doggone cool!), and Blue Waxbills (another one of the birds I so hoped to see!).


My photo doesn't really convey just how gorgeous this bird truly is!

Blue Waxbill
Such beautiful little birds. My photo is terrible, but the color combination
of cocoa brown and powder blue is unbelievable!

This was one of my favorite birds of the day! Of the three large bustards in southern Africa, this is the largest. The male is 3 - 4 feet tall with a wingspan of 7 - 9 feet. Male birds can weigh up to 40 pounds. It is suggested that the Kori Bustard might be the heaviest living animal capable of flight. Found only in the Old World, bustards are strong fliers, but they spend most of the time on the ground. The males perform elaborate courtship displays on leks, raising their crest, throwing their tail up over their backs, and inflating a throat pouch.

A troop of Banded Mongoose
(Note the tiny baby in the center!)

Black-backed Jackal
This Black-backed Jackal was VERY far way. It was also very hot today, and the heat-shimmer combined with the distance did not make for a stellar photo. But I wanted to share it anyway because I was so happy to see this critter!

We spent more than two hours watching a large water hole from a higher vantage point that gave us a great panoramic view of the whole area. 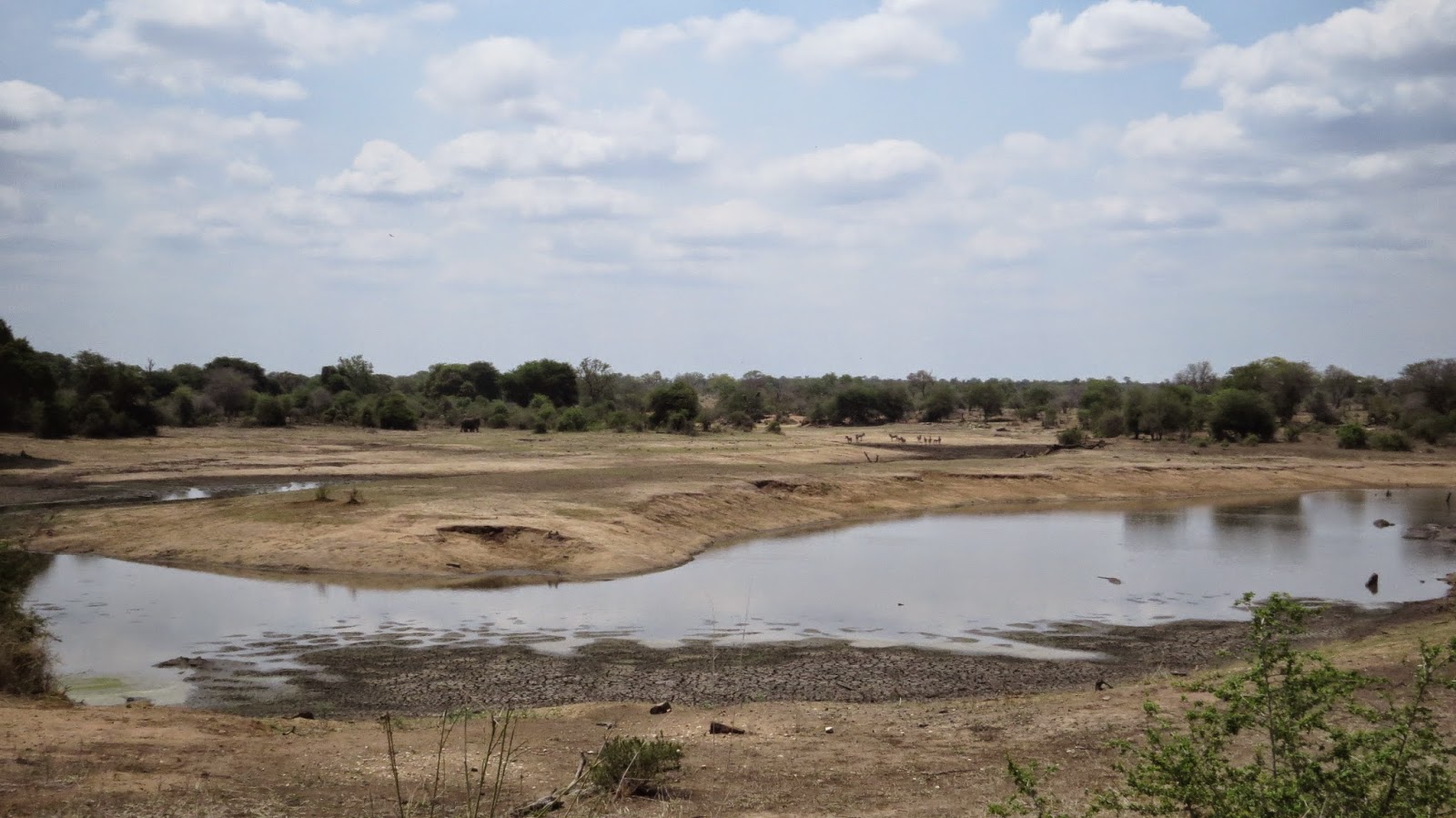 Our position offered fabulous views of the wildlife that moved in and out of the area, including a pride of ten lions, several giraffes (we got to watch them bending down to drink, which is something I've always wanted to see!), a large herd of hippos, two families of elephants, and dozens of zebras.

Thank goodness for photos, otherwise I don't think
I could believe I saw this happen in real life!When we arrived at the water hole, only two lions were visible, loafing under a shade tree at the far end the area. They were far enough away that many animals moved cautiously into the area to drink. 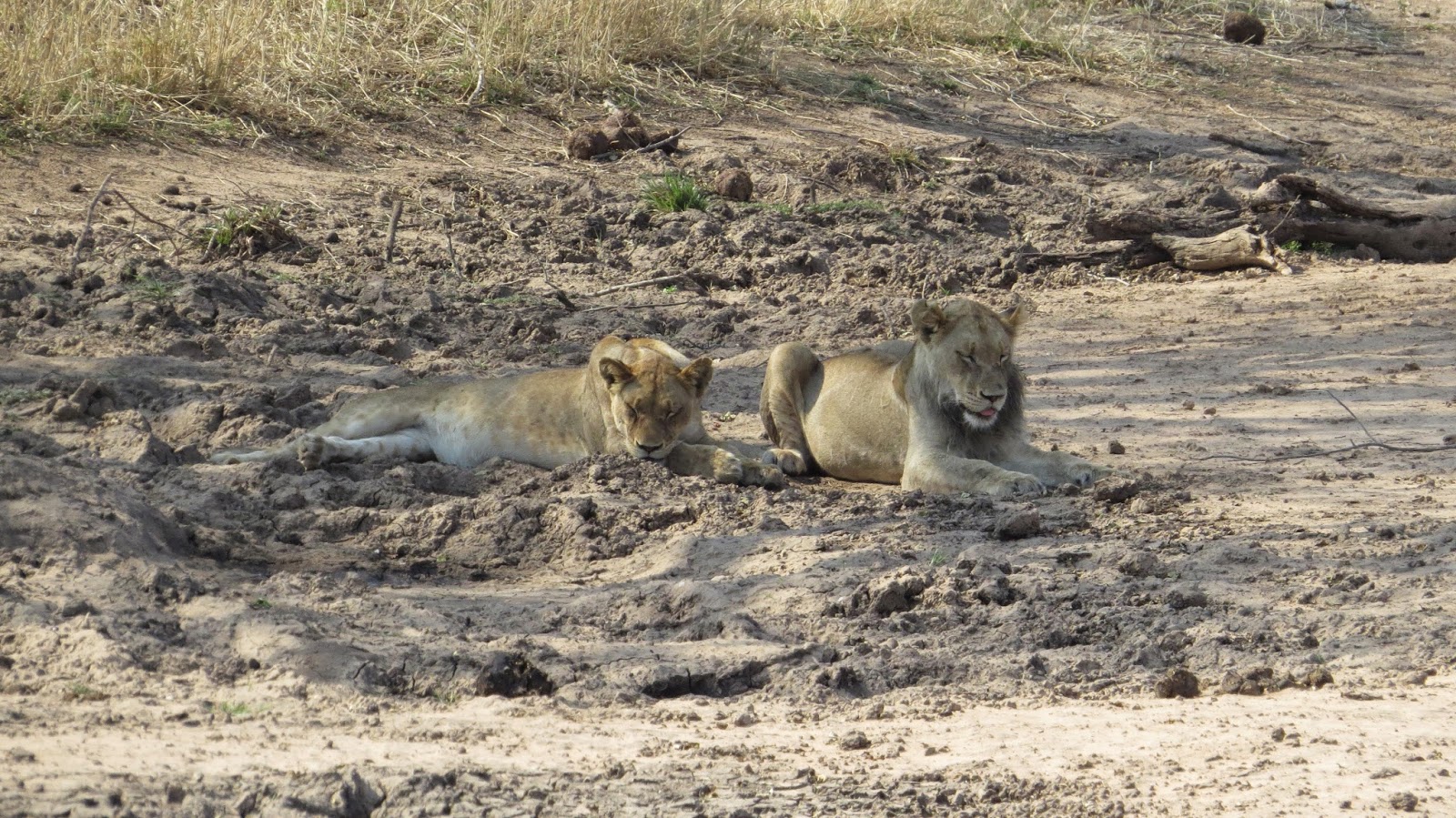 At one point, a herd of about 20 elephants (including several babies), made their way to the edge of the water, the largest female keeping a close watch on the lions at all times. After drinking for several minutes, the elephants began to leave the area. It was at that point that several lions came charging out the trees running straight for the elephants.

The elephants’ reaction was swift and sure. They went immediately into full defense mode, forming a circle, all facing out, with the babies in the middle.

They were trumpeting, stamping their feet, and swinging their heads and trunks from side-to-side. It was an astounding thing to witness.


At this point, the lions were behind a slight rise on the edge of the watering hole. We could see the elephants, but the lions were no longer visible. We drove to a different vantage point, and discovered that the lions had killed an Impala. 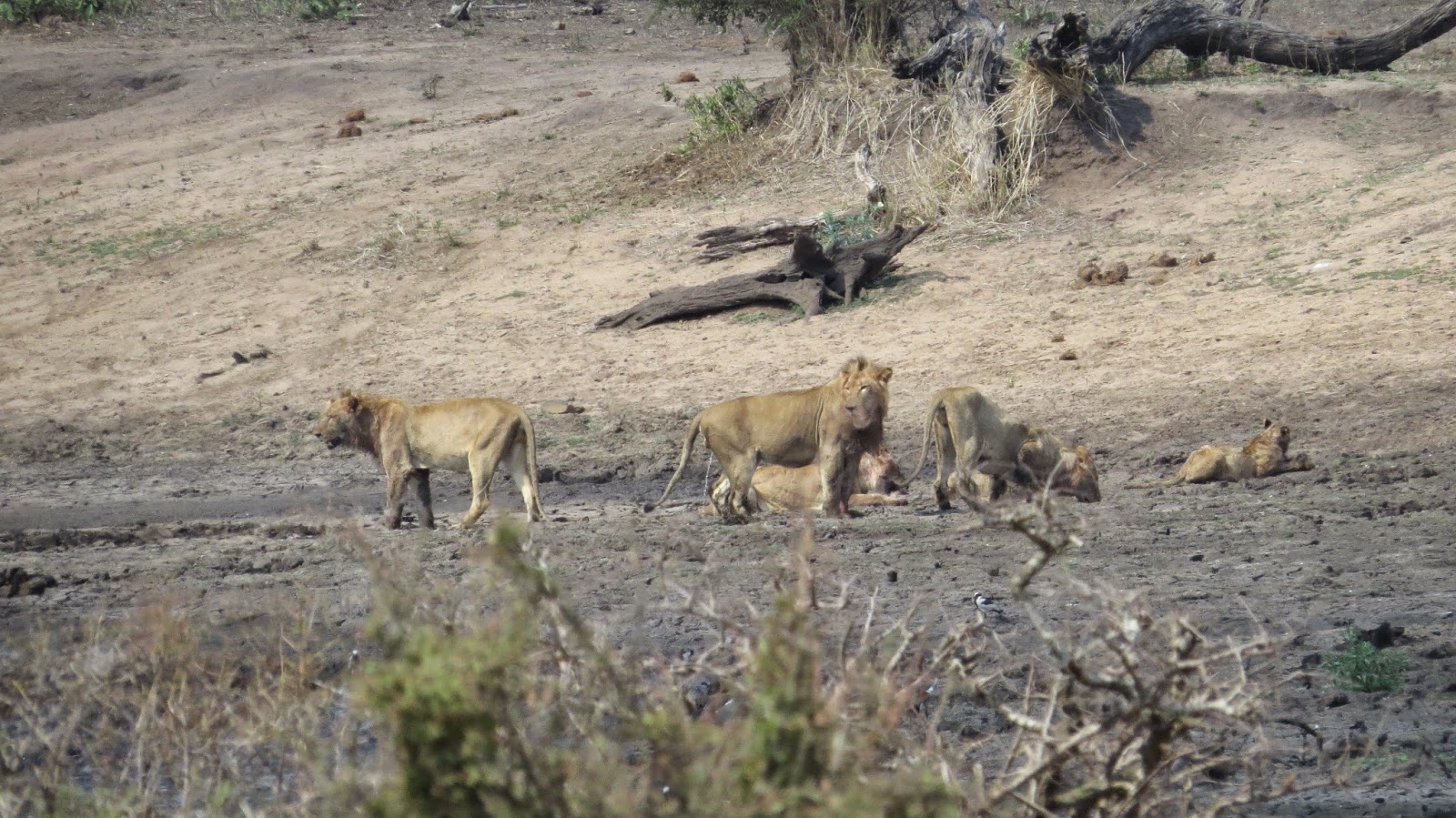 What an amazing experience to watch the interactionbetween the lions as they fed on the kill! 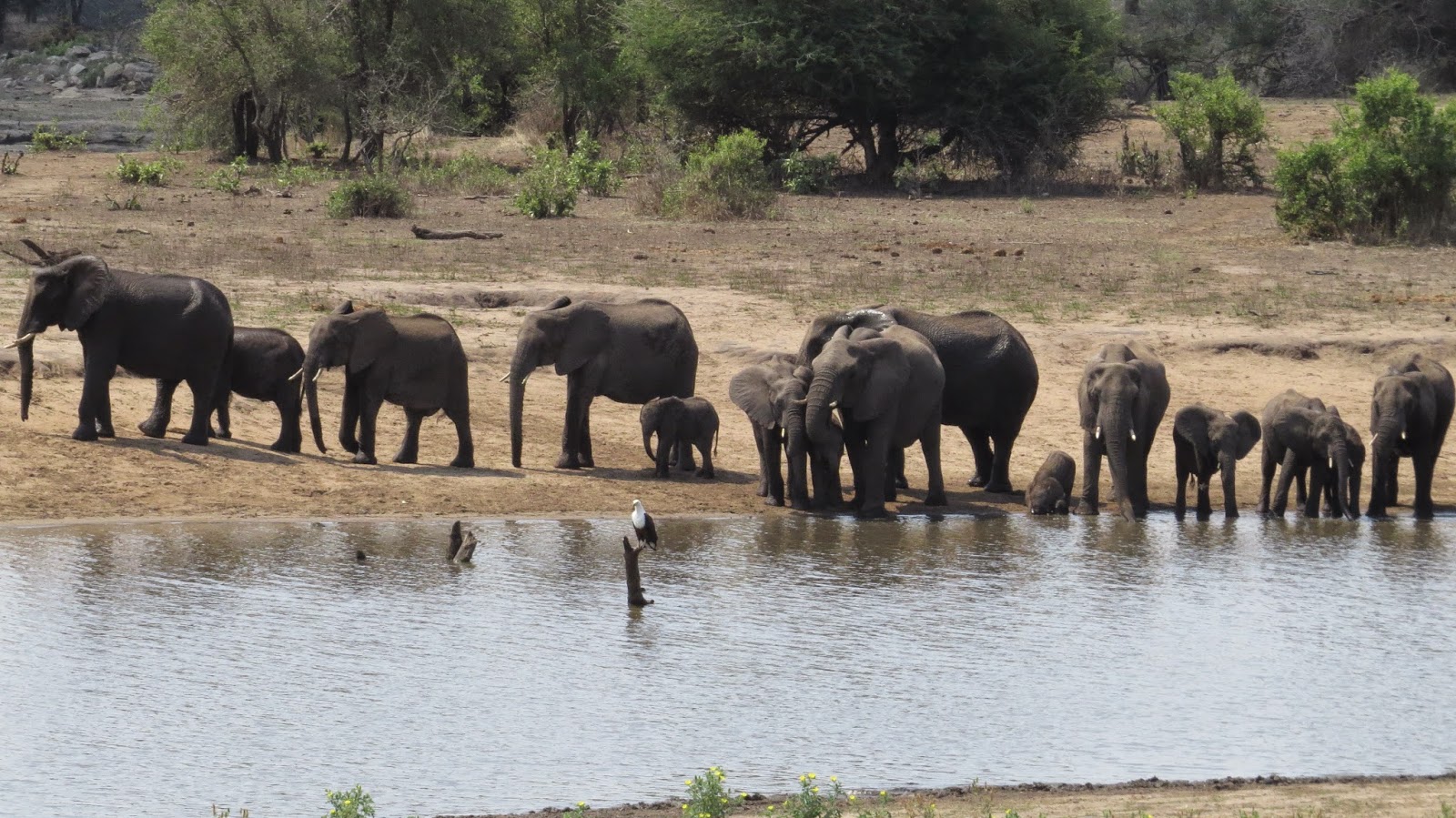 After several minutes, the elephants determined that the lions posed no threat,
they moved quietly back to the water and continued drinking and bathing.

Reading back over this before I post it, I still can’t believe this is really happening to me. South Africa is a magical place, and I feel deeply blessed to be sharing this life-changing adventure with Kenn.