Although Kenn and I were away from home and missed it, two more baby turtles hatched! And while our hearts might be a teensy bit sad to have missed it, we couldn't be happier that our dear friend Tiffanie got to share this experience with her daughter. In fact, after looking at the pictures and seeing the radiant, happy smile on Delaney's face as she released these tiny bundles of life, we wouldn't change the way these two baby turtles came into the world for anything. 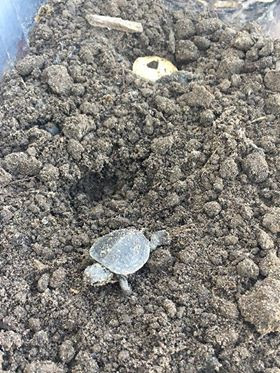 And if you look closely, above #2, you can see the head of
#3 just beginning to emerge! 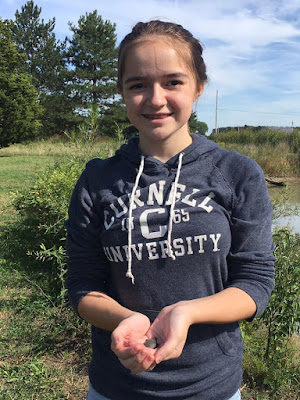 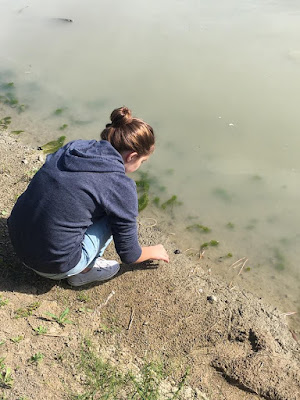 Delaney sends one tiny hatchling off into
its new aquatic world!

There are still a few more to hatch, so we'll keep you posted!
Posted by Kimberly Kaufman at 10:09 PM 1 comment:

Kimberly Writes: We should all seek happiness in our lives. But, oh the joy when happiness finds you. ♡♡♡

We were overjoyed this morning when this pair of Northern Bobwhites walked out from under the shrubbery to forage around one of our bird feeding stations. We'd had one male in the yard a few years ago... 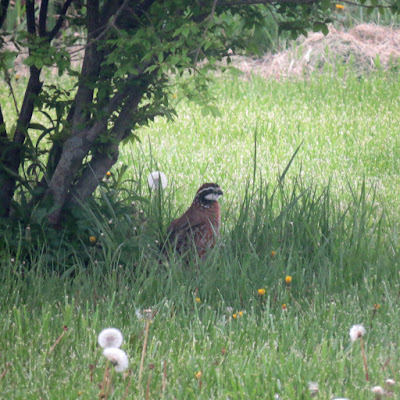 ...but this is our first pair.

This is a totem bird for me. It was the first bird I ever really knew existed. Sitting on the porch swing of my Grandparent's farm house, little 5-year-old Kimmer sat beside her Grandpa Jake, who she idolized. And when he whistled that sharp, clear "BobWHITE."
and the bird called back from the ravine on the edge of their yard...well,
I just knew that my Grandpa was magic. ♡♡♡ 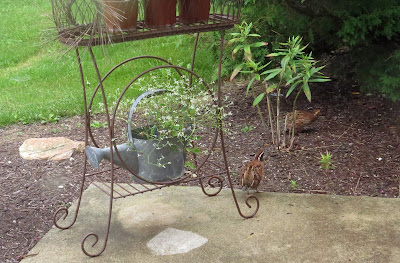 And off they go, back under the shrubbery from whence they came.
Thanks for stopping by and making our hearts so happy, you dapper little birds. ♡♡♡
Posted by Kimberly Kaufman at 11:38 AM 1 comment:

From Homebase in Oak Harbor, Ohio, Kimberly Writes: On July 9th, I shared the story of our encounter with a Midland Painted Turtle laying eggs in our prairie. 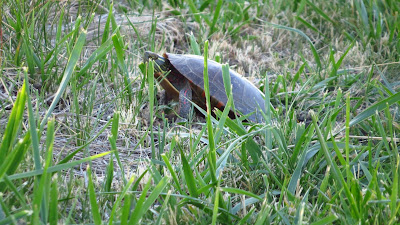 For several weeks we wrestled with what to do. Our yard is frequented by many of the main predators of turtle nests, and after much discussion, a great deal of research, and some serious soul searching, we made the decision to collect the eggs and raise them inside.

Excavating the eggs was a delicate, stressful operation. But after several minutes of painstakingly careful excavation (using a series of small brushes) seven gleaming white eggs were revealed. 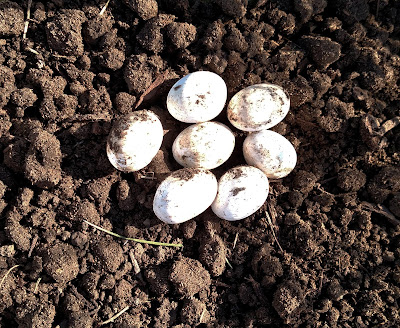 We took exceptional care in handling this precious cargo, and placed them in a container under several inches of the same soil they were removed from.

And then, we waited.

Wondering, hoping, yes, even praying that we'd done the right thing and that our adopted foster turtles would emerge, unharmed and healthy. As we approached the documented incubation period, we began checking on them obsessively, day and night. And finally, in the wee hours of Saturday morning, September 10th, after a long and worrisome 66 day wait, there came a barely detectable scratching. Tiny grains of dirt began shifting on the surface, and...

Our first baby turtle made its way into the world. 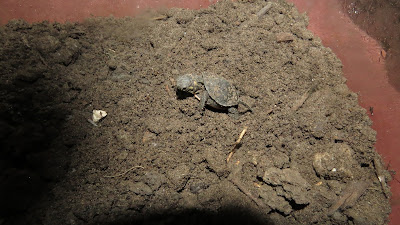 And into our hearts. 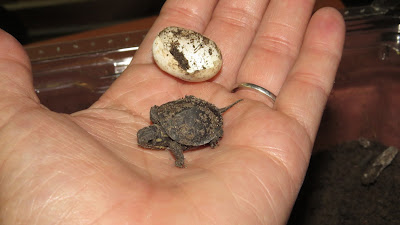 It won't come as a surprise to anyone who knows me but the tears came.
It just felt like such a gift, like a miracle, to hold this new new life in my hand.

After some time to adjust to life above ground, we released this tiny miracle
on the edge of our pond in an area with shallow water,
plenty of cover, and a good bit of exposed bank. 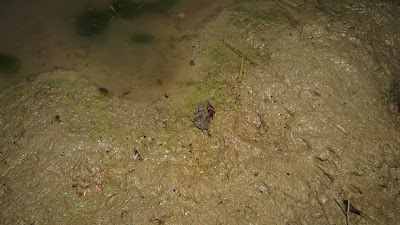 I was overcome by how very small and vulnerable it seemed, and had to fight hard against the urge to snatch it right back up and raise it indoors where we could protect it from harm. I wondered how any of them survive in a world where nearly everything seems willing and able to eat them. 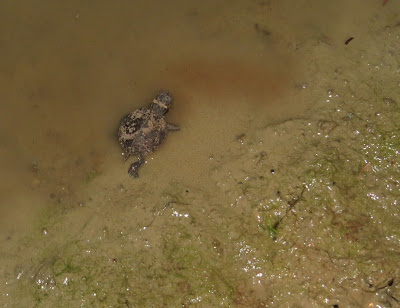 But survive they do. Their population is stable and healthy across its range, and they're one of the most abundant turtle species in Ohio.

We're still waiting on the others to emerge, and we'll keep you posted on the progress. In the meantime, please say a little pray to the turtle gods that our first little hatchling lives long and prospers.