Showing posts from November, 2010
Show all

By Kimberly Kaufman - November 29, 2010
From Homebase in Oak Harbor, a very tired Kimberly Writes: Today, Black Swamp Bird Observatory hosted a meeting in Port Clinton, Ohio, to discuss the far reaching implications of wind turbines in migratory bird stopover habitat. We approached the issue from several angles, with experts speaking on ecotourism and the preservation of our last remaining scenic landscapes, the bird and bat mortality issue, and even the efficiency and economics of these machines. We gave a large gathering of community leaders--as well as representatives from the wind energy industry who were in attendance--a great deal to consider. Certainly no one there today can continue to claim ignorance about the fact that wind turbines in this region will share the air column with millions of migratory birds, including the critically endangered Kirtland's Warbler, the state endangered Sandhill Crane, and one of the largest concentrations of Bald Eagles in the lower 48 states. Today, we took the first step in
3 comments
Read more 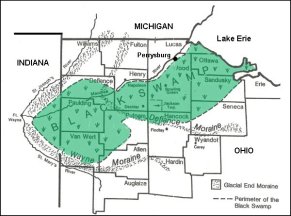 The past few months have been among the most challenging of my life.  I have never fought so hard for something that seemed so unattainable. I have never been more angry, frustrated, bitter, confused, and even depressed, as I have been since BSBO decided to speak out about the wind turbines that are creeping their way into migratory bird stopover habitat in northwest Ohio. That's certainly a neat and tidy little term, isn't it?  "Migratory Bird Stopover Habitat."  All  scientific and clinical.   This is what it really is... It is a part of our history ﻿﻿ The Lake Erie Marsh Region of northwest Ohio is all that is left of what was once referred to as The Great Black Swamp It is our heritage The marshes were historically owned by duck hunting clubs before eventually being transferred to the state and federal wildlife agencies.  Think what you want about duck hunting, but were it not for the foresight and absolute respect for the resource shown by hunt
5 comments
Read more

The Battle of the Blades 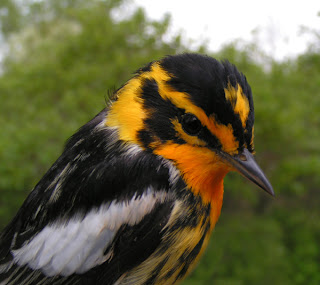 Six months ago, all of us here in northwest Ohio were at the center of the birding world. Six months ago we were awash in a whirl of warblers and their watchers. Vast numbers of migratory birds poured in from the tropics, while semi-vast numbers of birders poured in from all over the United States and beyond to celebrate the “Biggest Week in American Birding” here in the “Warbler Capital of the World.”     Six months in the future, in May 2011, we expect it all to happen again. But right now, as fall migration fades in November, the scene in northwest Ohio is getting quieter. The traveling birders are mostly elsewhere now, celebrating specialties in south Texas, chasing rarities in California or Florida. They haven’t necessarily forgotten about us, but at the moment, we might not be on their minds. And that’s unfortunate. The timing of this is bad for the birds, from one particular angle. Right now there are threats to the stopover habitats here in northwest Ohio, the very spots t
7 comments
Read more
More posts