From Homebase in Oak Harbor, Kimberly Writes: On August 1, 2014, I removed what I thought was a dead Harnessed Tiger Moth from a spider web outside our house. I don't make a habitat of denying spiders a meal, but the moth was freshly "dead" and still looked beautiful, so I wanted to photograph it. When I did, I was stunned to see that in the final moments of her life, she had laid several eggs!

I somehow felt personally responsible for these tiny pearls she bestowed upon me, and I set about to raise them as best I could.

Here's a photographic journey though that amazing experience. 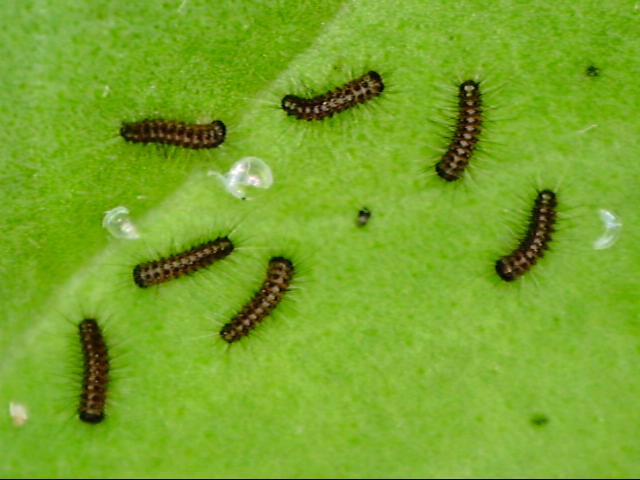 I actually watched the caterpillars hatching under a microscope.
Here they are on 08.06.2014, one day old. These are magnified many times. 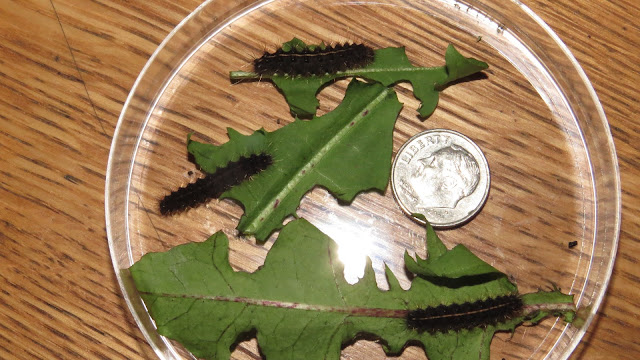 Caterpillars on 08.20.2014
Feeding on oak leaves and growing seemingly by the hour! 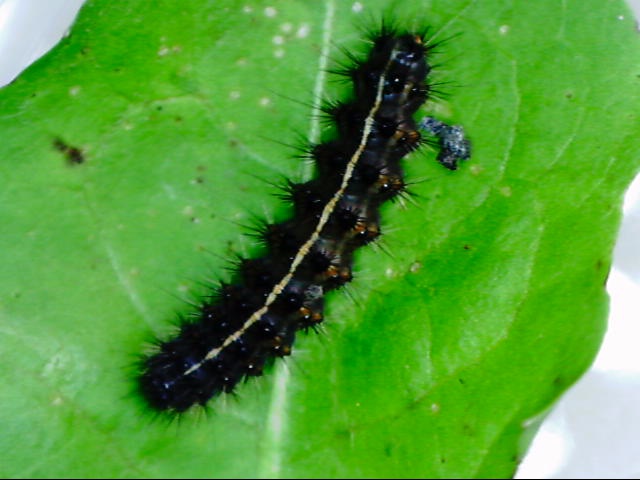 0
8.24.2014 - Preparing to pupate by silking themselves into loosely woven cocoons. 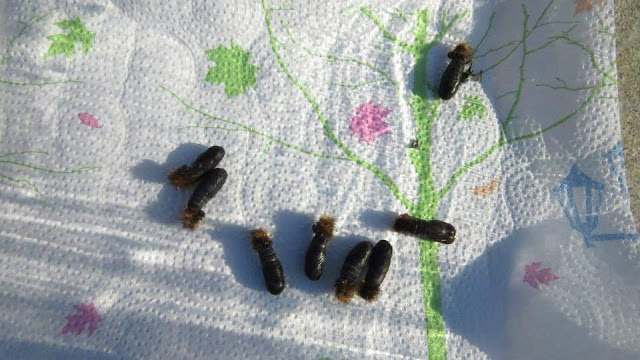 Here's what the pupa look like up close!
Unlike other lepodoptera that wriggle until their final skin drops off after they pupate,
Harnessed Tiger Moths wear theirs like an odd toupee! 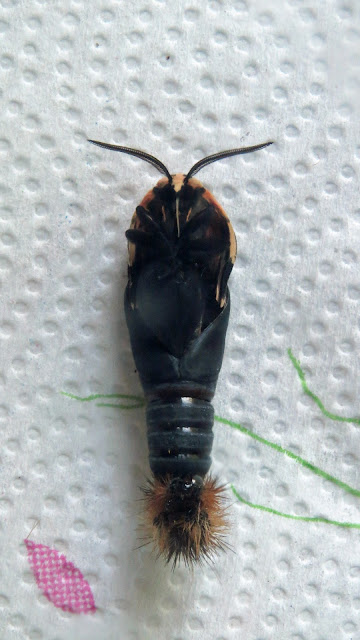 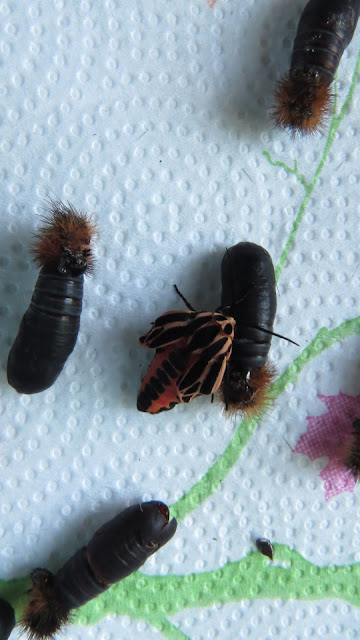 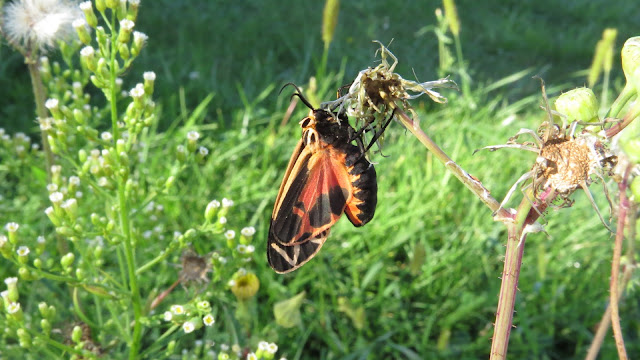 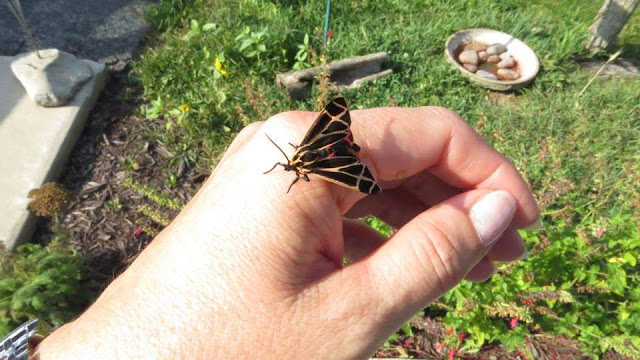 09.04.201 - Topside view of the newly emerged adult Harnessed Tiger Moth as I set them free.

What an amazing experience it was to be a foster mama to these tiny drops of life, to watch them grow, to see them fly away, free to carry one this beautiful circle of life.