Don´t Cry For Me (we're in) Argentina

From Buenos Aires, Kim and Kenn write: (Couldn´t resist the musical reference in the title.) Before we left home we weren´t sure we´d be able to post to the blog from here. But if you´re reading this, then evidently we can! That might change once we´re on the ship, but for now, woo hoo! (can you tell that Kim typed that part?!)

So, yes, we´re here. We´re sleep-deprived and jet-lagged. But thanks to our dear friends Lois and Vic, we made it to the airport safe and sound, and made the long overnight flight so that we could be in Argentina today. Kim had a life bird (the very cool Chimango Caracara!!) before we even got off the plane! It was perched on a light pole and several Blue-and-white Swallows were harrassing it, giving away its location.

The big nature reserve of Costanera Sur was closed today for New Years, but the beautiful cosmopolitan city of Buenos Aires is full of small parks that have their own attractions. In a park off Tucuman Avenue, we photographed this impressive old tree, which obviously had been here for a while: 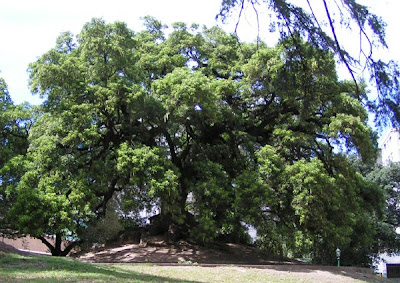 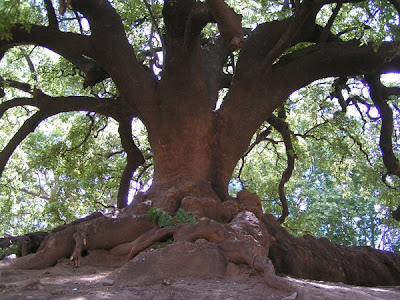 A bird that´s common in the city is the Rufous Hornero. ¨Hornero¨ in Spanish is a reference to ¨one who works with ovens,¨ and the whole tropical family of Ovenbirds (Furnariidae) (unrelated to the North American bird called the Ovenbird, which is a warbler) gets its name from this Rufous Hornero (scientific name Furnarius rufus), which builds a nest shaped like an old oven. 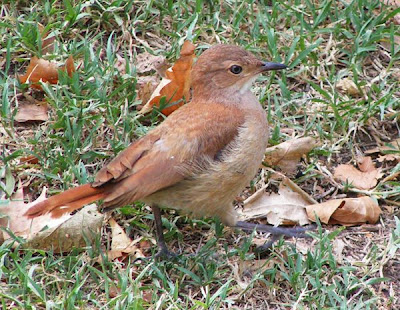 We saw these horneros in several parks and gardens today, marching about on the ground with a self-important air.
Monk Parakeet is a bird that you can see in parks in Chicago, Dallas, Miami, and many other U.S. cities, but those are all descended from escaped cagebirds. The ones we saw in Buenos Aires today were wild birds on their native range. 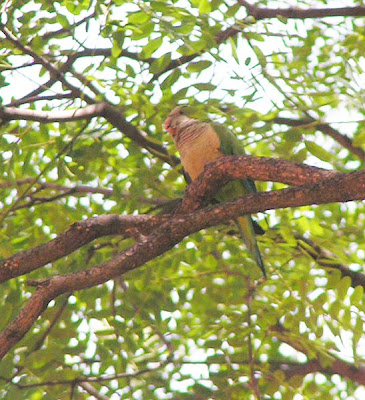 Monk Parakeet in B.A., just as noisy here as it is anywhere.

Take a casual look at any of these small Buenos Aires parks and you´d swear you were seeing American Robins running around. Take a closer look and you realize the bird doesn´t look quite the same. This is a related bird, the Rufous-bellied Thrush. Similar thrushes wind up being common city birds in many parts of the world. 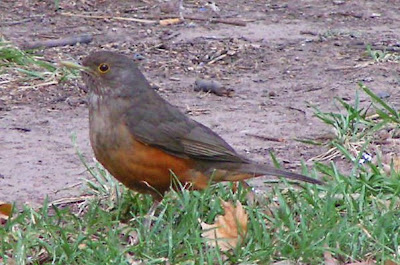