From Iquitos, Peru, Kimberly Writes: After a wonderful day of birding around Lima, we boarded a flight to the city of Iquitos. From there, we boarded a bus to the other side of the city and the docks, where a short skiff ride delivered us to our home-away-from-home for the next week: the beautiful Queen Violeta! 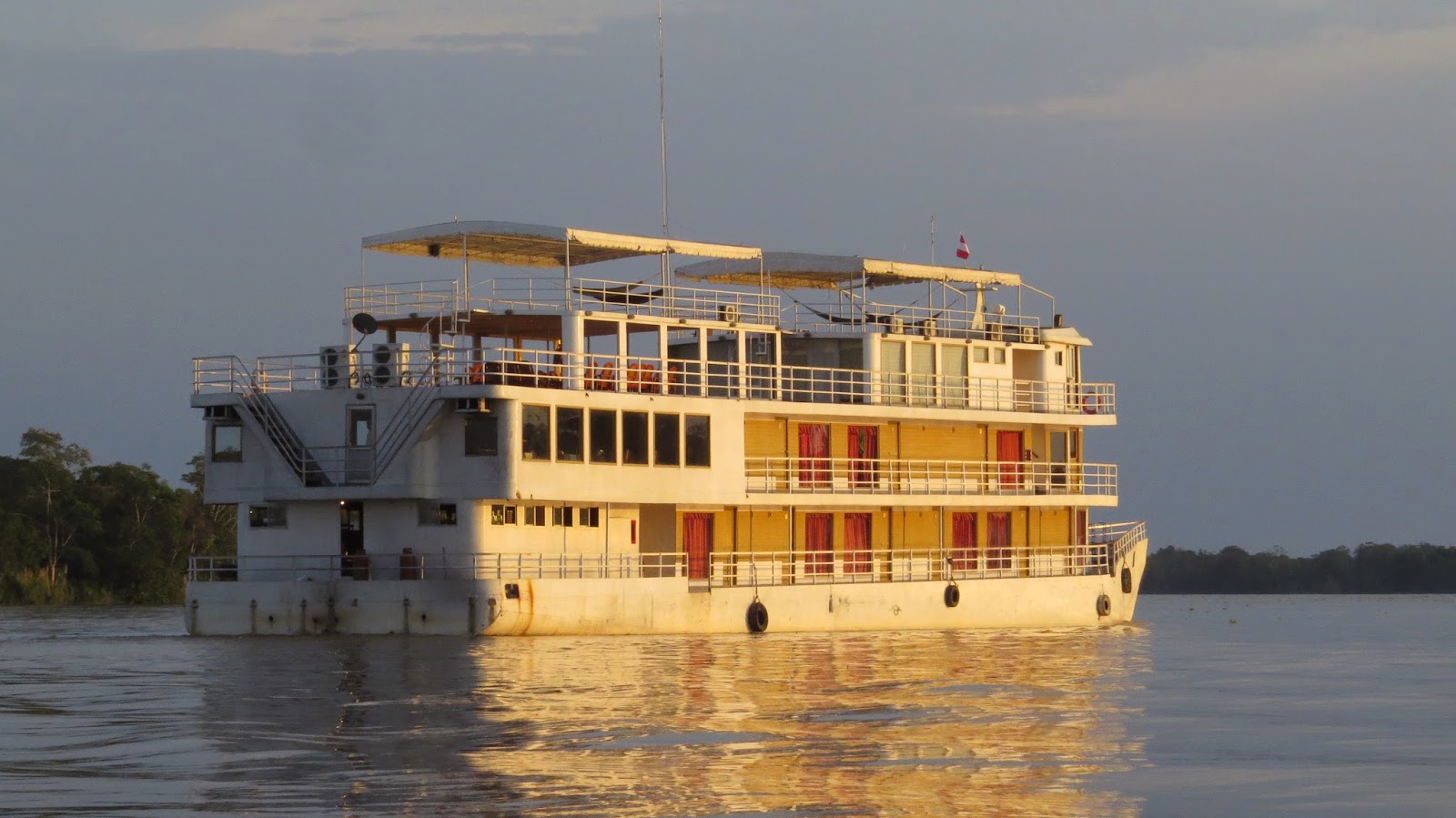 We made a few stops along the way to look for birds, and you'll find a few of our discoveries in today's photo album. 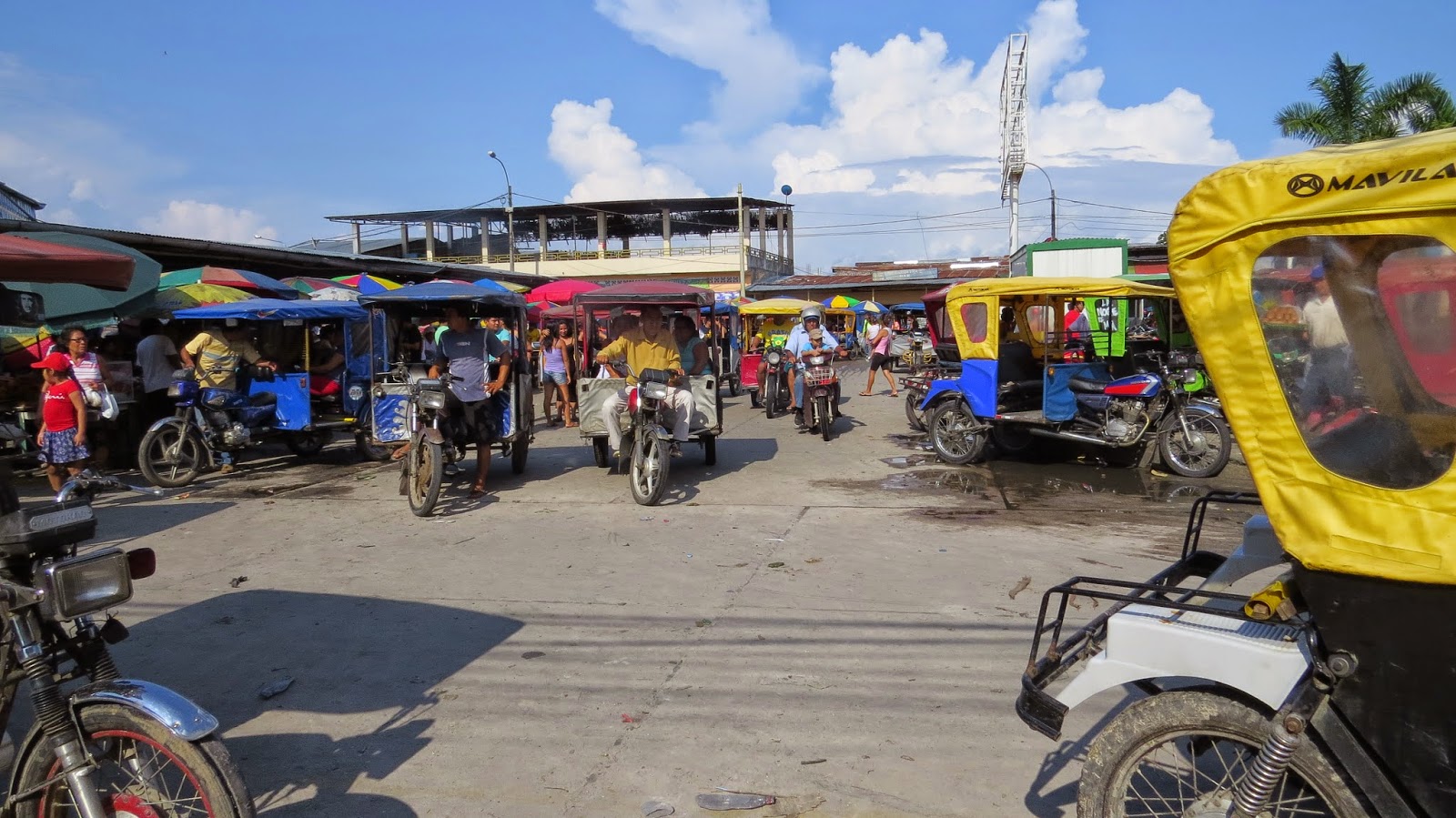 Driving through Iquitos is an experience! The streets are a riot of color and sounds, all swirling and writhing and gyrating together in a mass of machine and humanity. 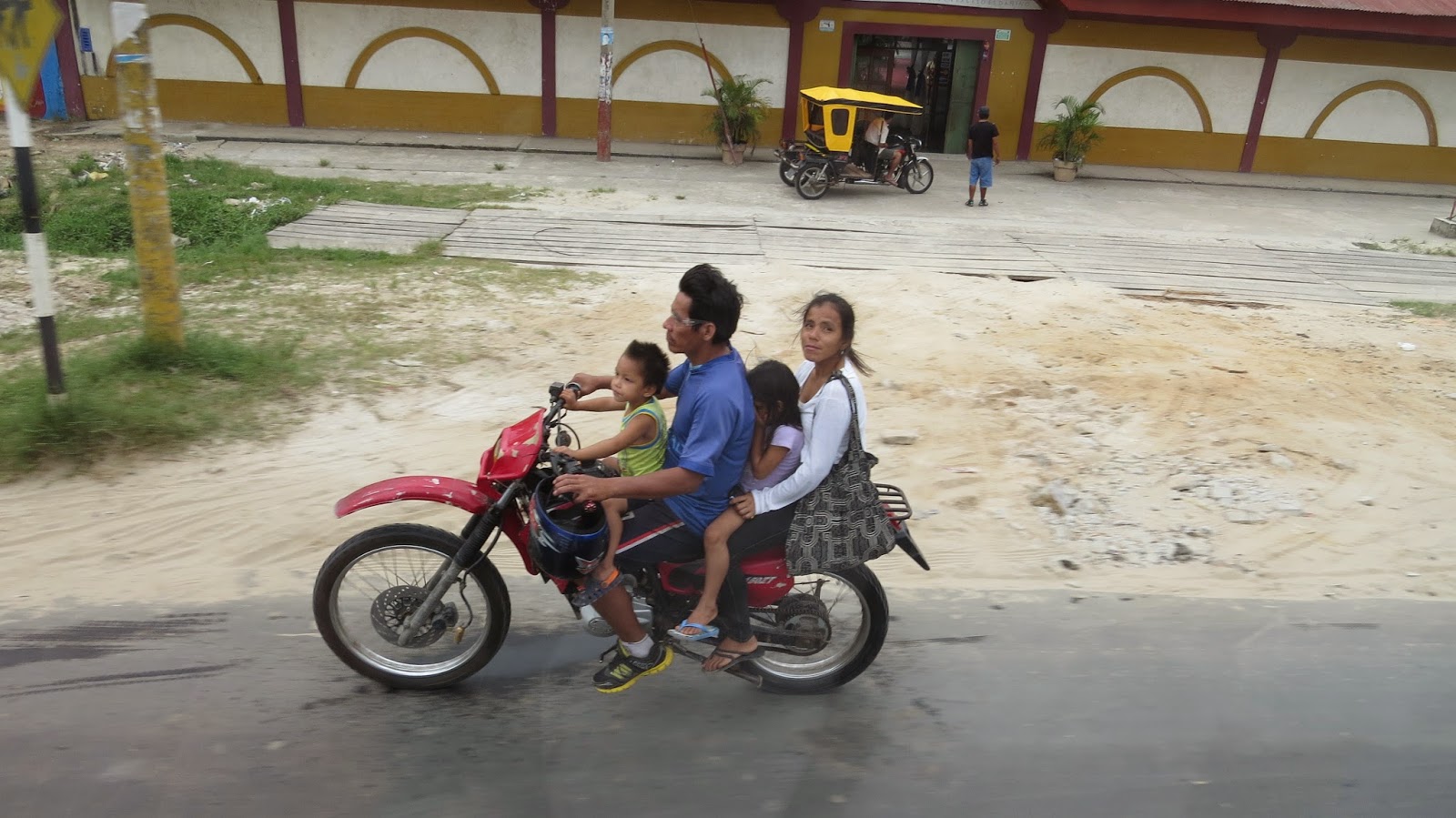 Motorcycles are an important mode of transportation, and we'd see
whole families packed onto one small bike! We were terrified observers,
but they were totally comfortable about it. 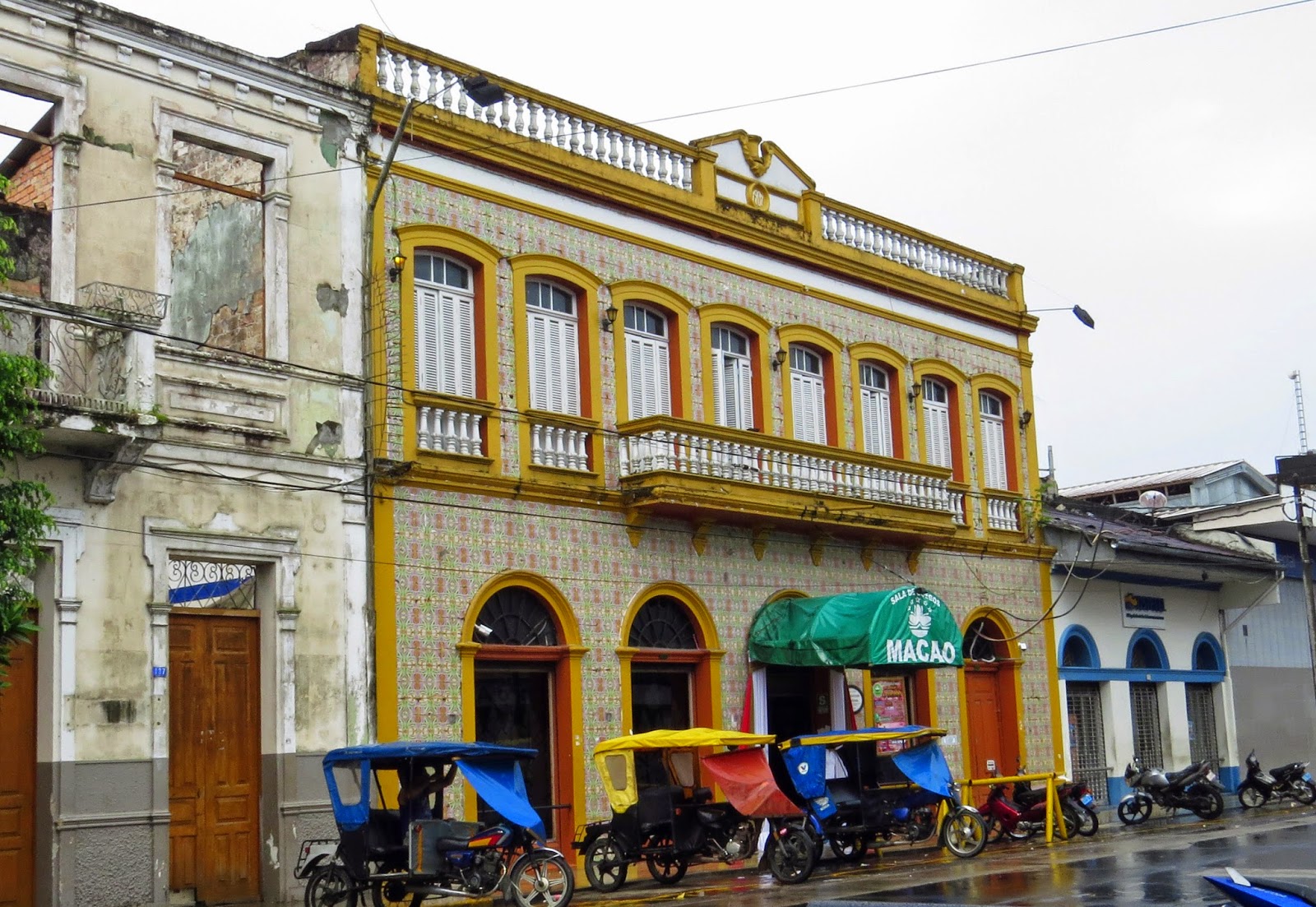 While the city streets are chaotic, they're also incredibly beautiful,
flanked by  buildings with lovely tile facades among others that were crumbling,
creating a wonderful mosaic of color and texture. 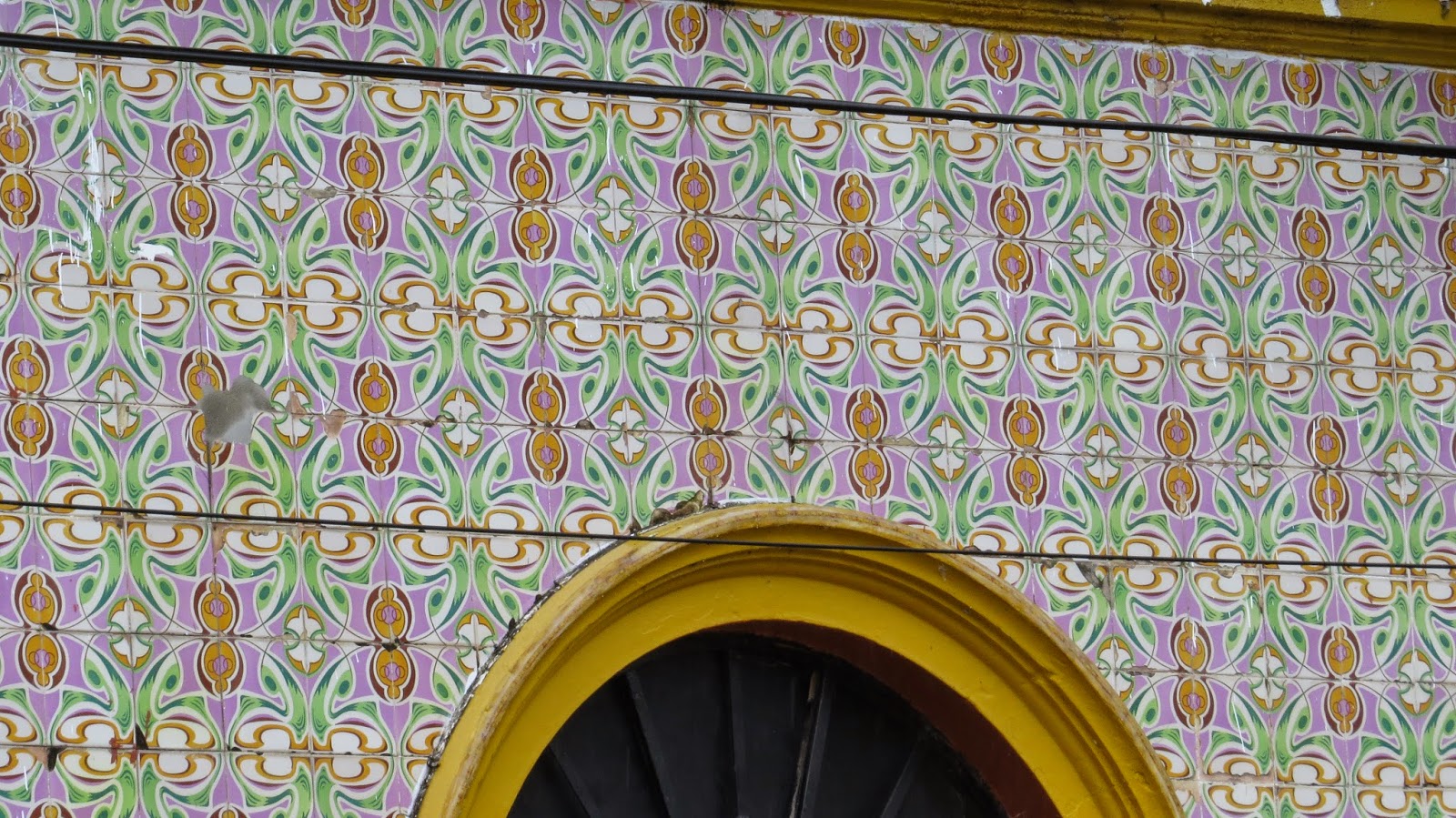 A closer look at the beautiful tile work on this building.

We made a few birding stops during our drive to the docks.
This Snail Kite teed-up nicely for us! 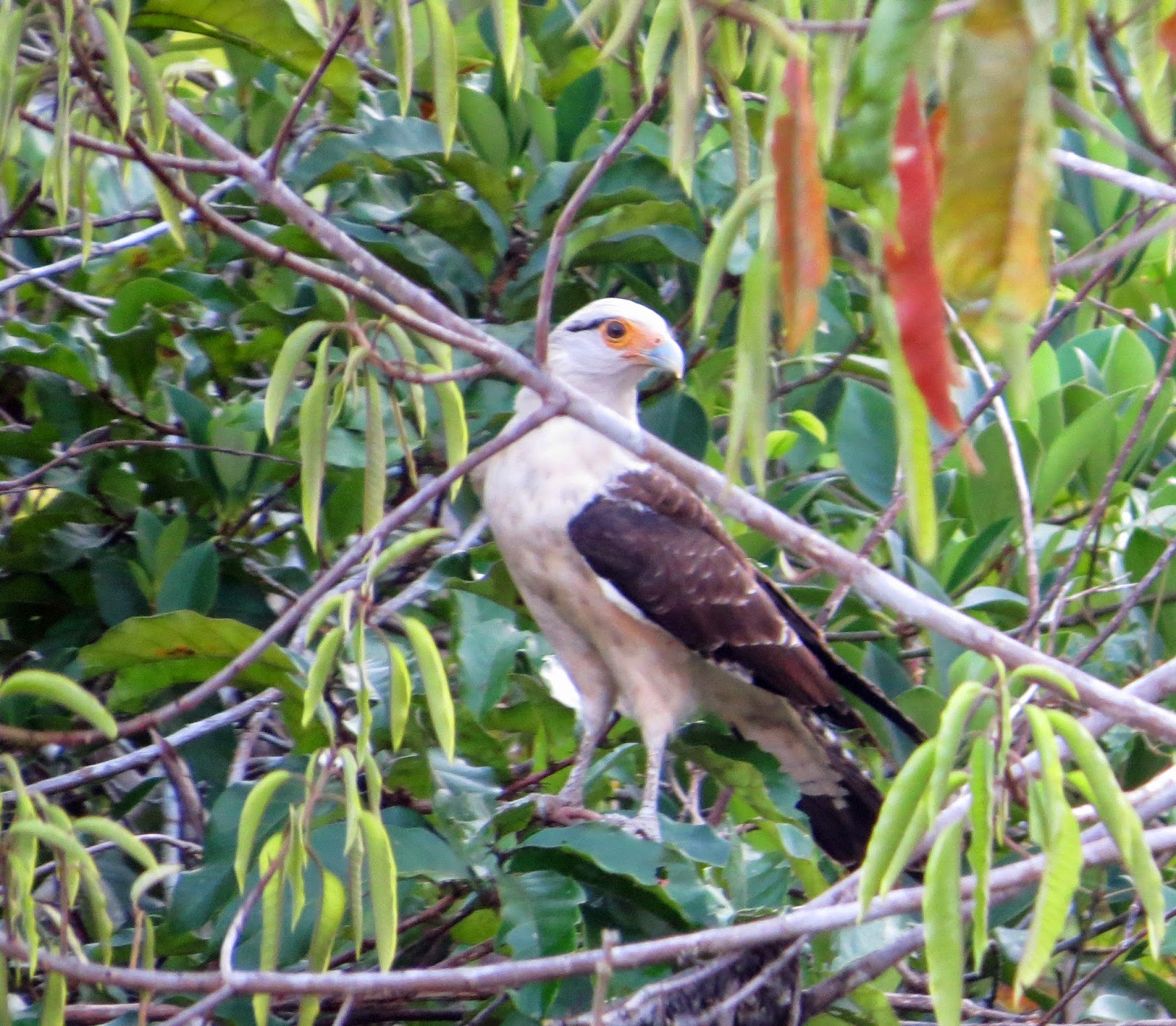 A very common bird throughout the trip: Yellow-headed Caracara. 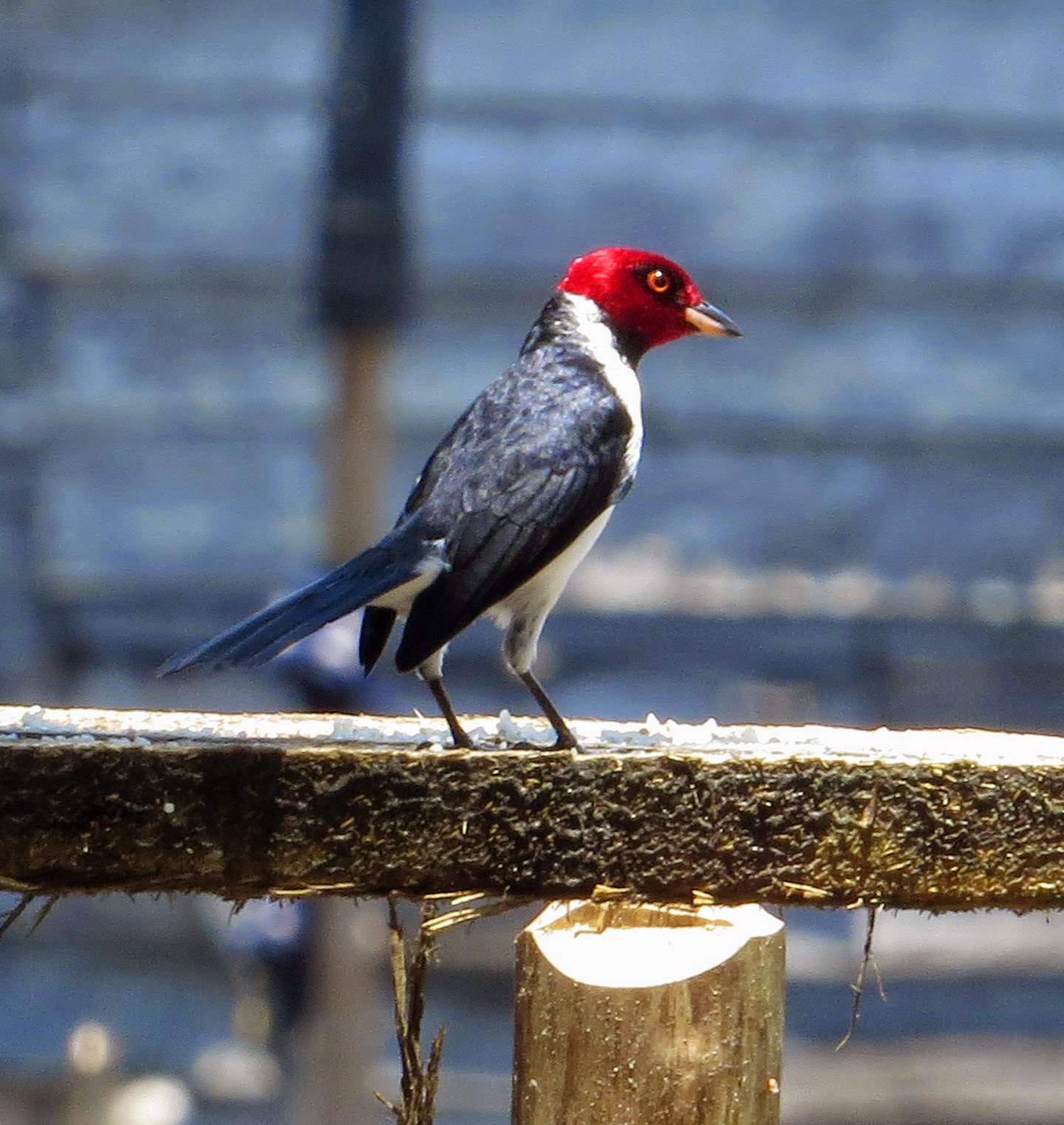 A dazzler, for sure: the handsome Red-capped Cardinal (Paroaria gularis).
This is a bird of swamps, mangrove, and other semi-open areas near water.
It is generally common within its range, even occurring in lightly wooded wet
habitats in towns or cities, as it was here, near the docks on the edge of Iquitos. 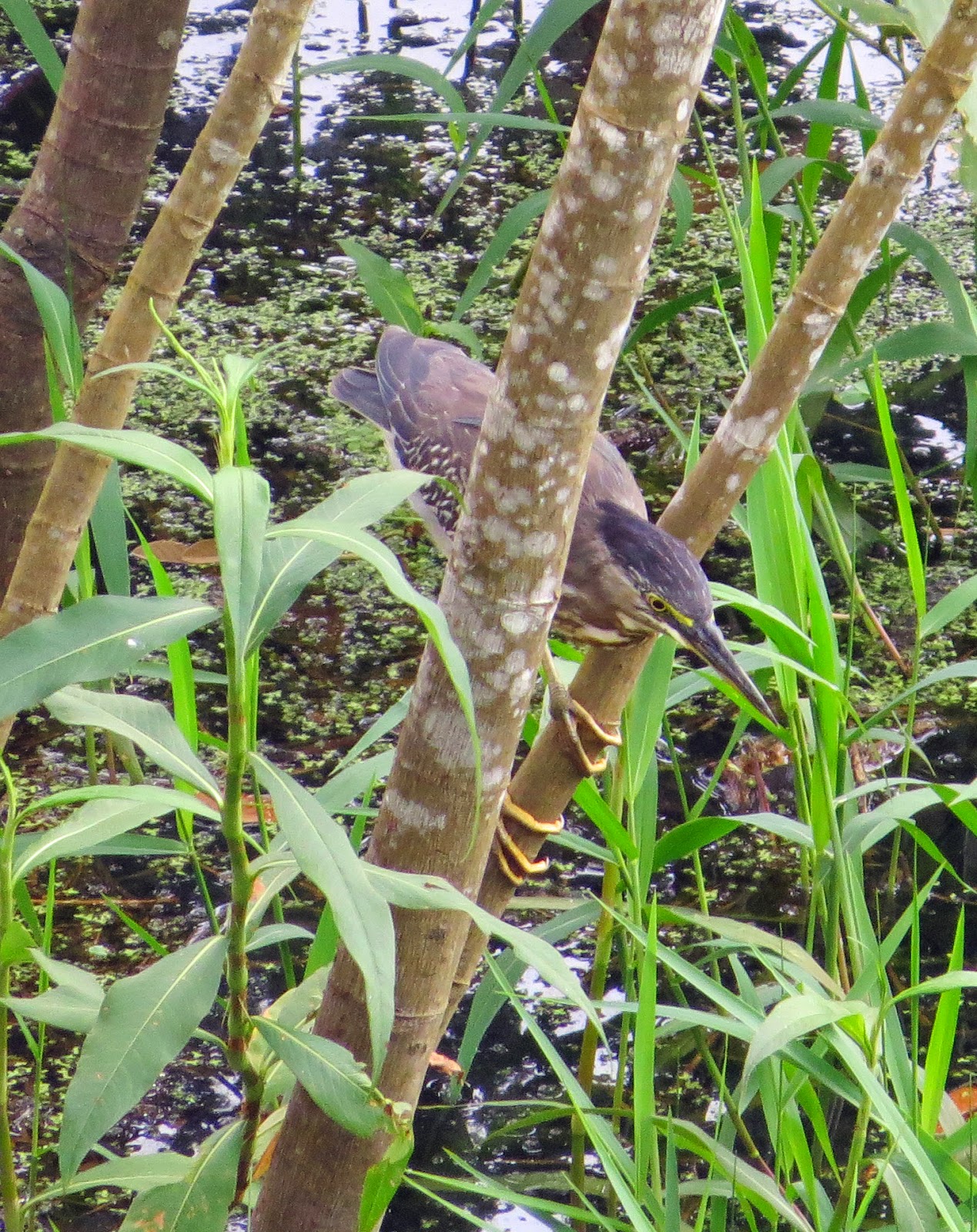 Striated Heron was a common bird during our trip.
They're very similar to our Green Heron, but considered a separate species.
Striated Heron has a wide distribution, and we saw this bird in South Africa, too. 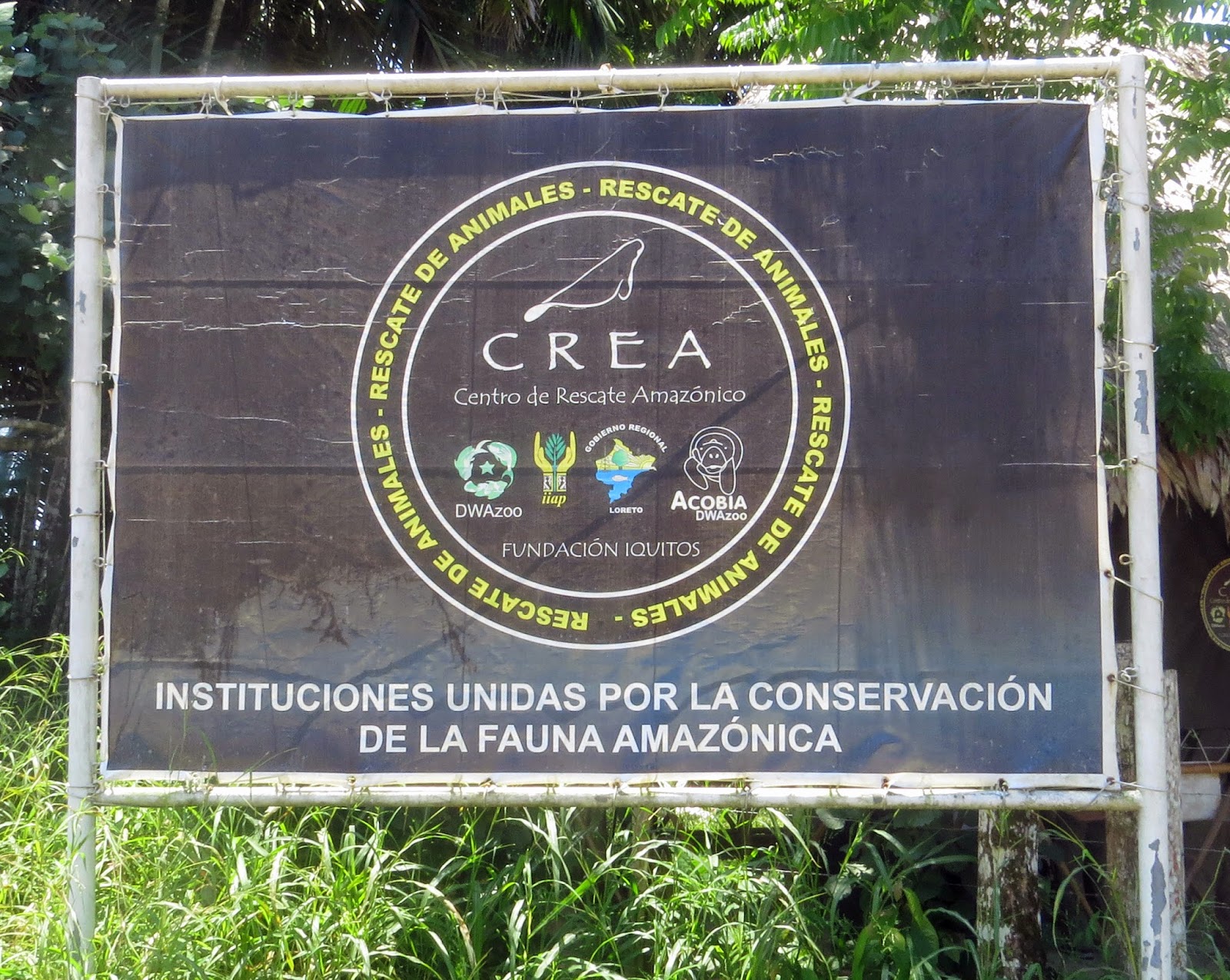 For me, our visit to the Amazon Rescue Center was a highlight of the trip!
The center is part of an international partnership to save threatened and
endangered species, including the Amazon Manatee. The Amazon Manatee (Trichechus inunguis) is an endangered species in Perú, the result of illegal hunting and habitat degradation. And, in spite of the international and national laws to protect them, the animals are still hunted and eaten by many Amazon villages. The problem is compounded by illegal trade, where manatees and other animals are sold as pets. 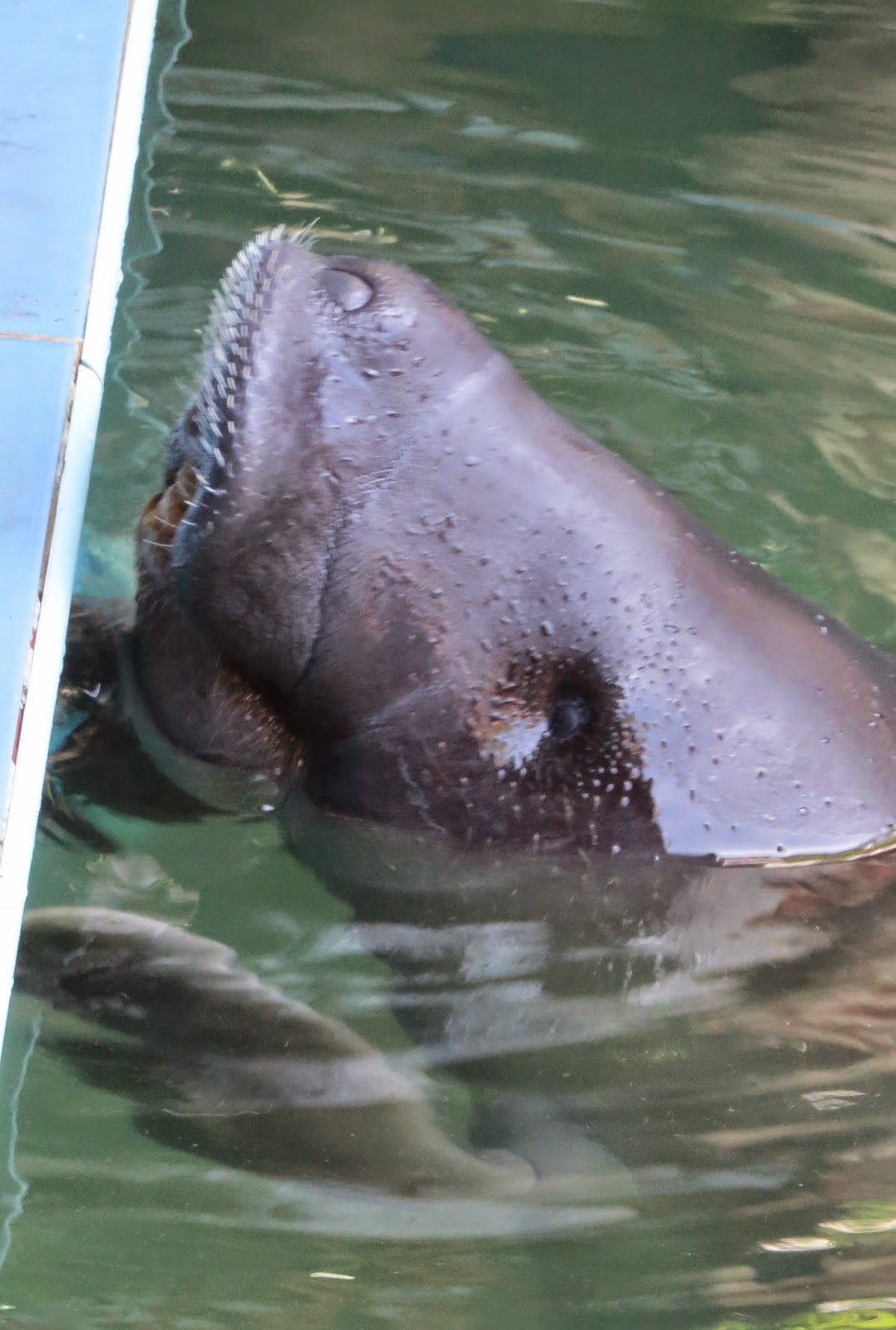 Amazon Manatees are the second smallest species of manatee in the world, only the Dwarf Manatee is smaller. (And there's some debate about the validity of Dwarf Manatee being a separate species, as some believe them to be immature Amazon Manatees.)
Amazon Manatees are the only species of sirenian to live exclusively in freshwater.
When you're this close to a manatee, it's as if you can see a soul behind their eyes. I'm at a loss to describe the feeling, but there's something special about these animals that takes a hold of your heart in a deep and profound way. 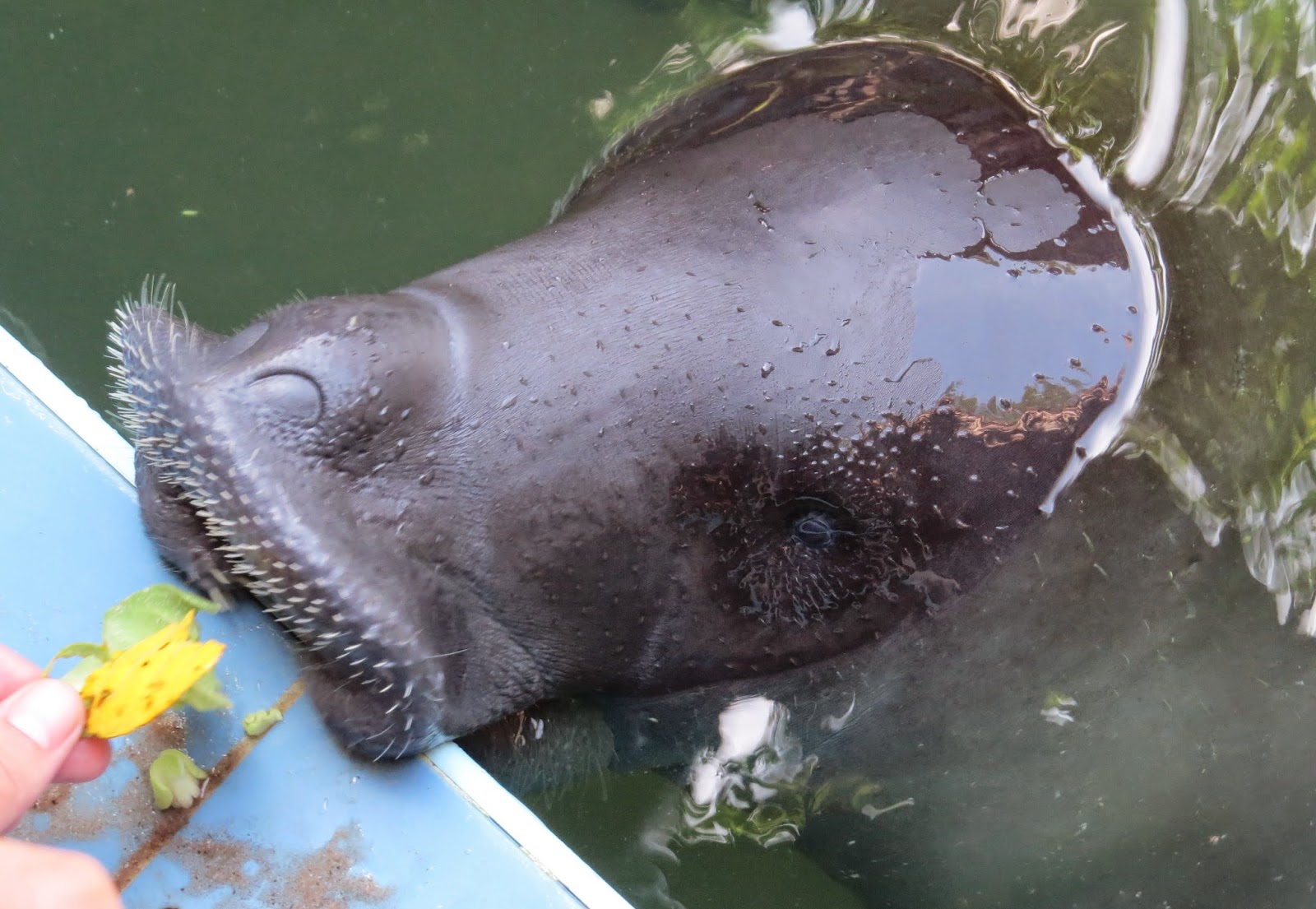 The staff at the center present education programs to thousands of visitors, and part of the program is the opportunity to help feed the manatees. (YES, that's my hand offering a tid-bit to this amazing animal, an experience I'll always treasure!)

The manatee's upper lip is modified into a large bristly surface, which is deeply divided. It can move each side of the lips independently while feeding. The general coloration is gray, and most Amazon Manatees have a distinct white or bright pink patch on the breast.

It was incredible to see them up close, to offer them bits of Water Lettuce (one of their preferred foods), and to feel the rubbery-soft skin of their face snuffling my hand. 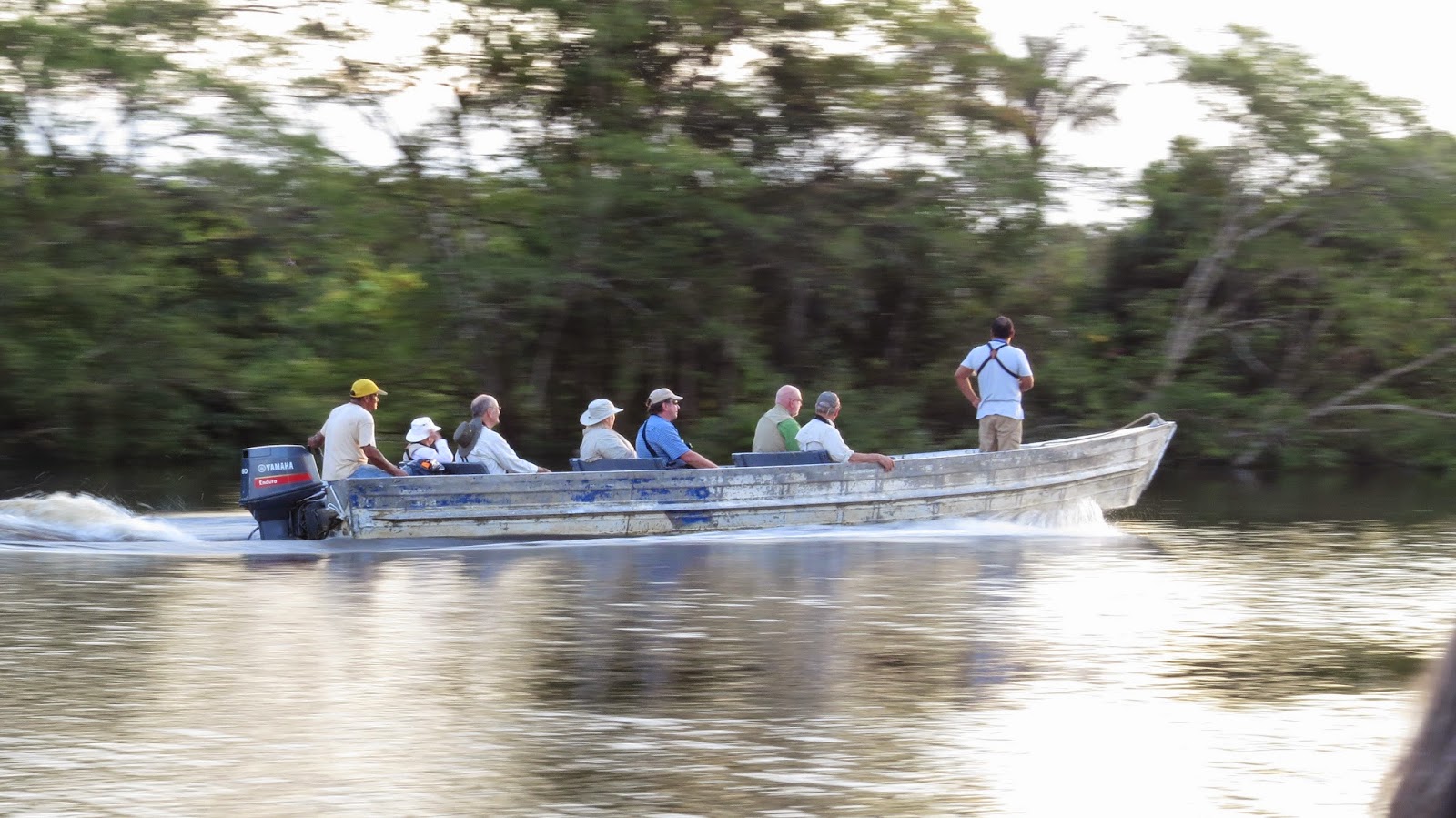 After the manatee experience, it was back to the Queen Violetta
for dinner and an evening skiff ride. It was an amazing feeling to
be dashing along  the mighty Amazon as the sun set. 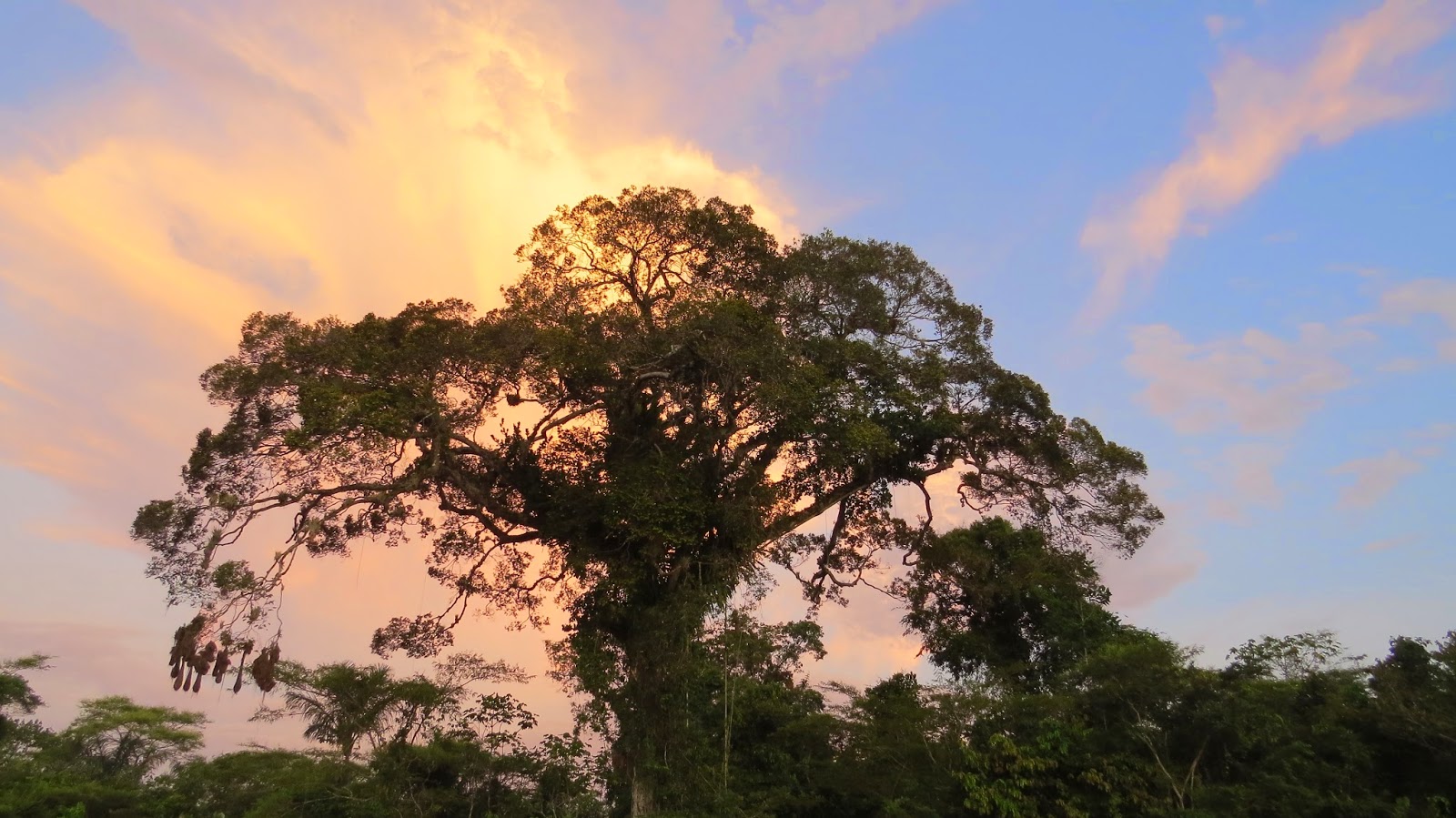 A Ceiba tree highlighted by the setting sun: a perfect ending to a fabulous day.

Posted by Kimberly Kaufman at 2:16 PM